Three 2021 graduates of the Michigan State University College of Veterinary Medicine; Drs. Katy Kesler, Grace Longcore, and Alex Russell; have published one of their DVM course assignments as a knowledge summary in the journal Veterinary Evidence.

Their article, “A comparison of gonadotropin-releasing hormone and human chorionic gonadotropin in dairy cows with ovarian follicular cysts,” pinpoints a research need that could help dairy practitioners treat a harmful cattle disease.

In the text, Kelser, Longcore, and Russell compare the effectiveness of two well-known treatments (gonadotropin-releasing hormone and human chorionic gonadotropin) for cystic ovarian disease, which can affect dairy cattle after calving. For dairy producers, it is crucial to restore the health of affected cows as quickly as possible because if afflicted cattle are not rapidly identified and treated, they suffer from reduced reproductive efficiency, resulting in significant economic losses for the producer.

“Our knowledge summary aims to help veterinary practitioners who need to decide which treatment to use for cystic ovarian disease, which affects between 6 and 30 percent of dairy cattle—making it something that dairy practitioners encounter every day,” says Kesler.

The team’s comparison reveals a high level of debate among the scientific community as to which treatment is more effective. “In our scenario,” says Kesler, “we were specifically evaluating which treatment resulted in a more rapid return to cyclicity—or which treatment cured cows more quickly. None of the articles we evaluated were able to provide evidence that one treatment was significantly more effective than another.”

The team’s process was methodical: after designing the clinical question they wanted to answer, they curated a list of search terms and synonyms (e.g. “bovine,” “cattle,” “cow,” “dairy,”) to scour major databases for related articles. After combing through search results (discarding articles that did not use the treatments in a way that allowed them to be compared, or that centered on other species of interest, such as sheep), they arrived at a narrowed-down list.

From there, each article was evaluated for study design, scientific rigor, outcomes, main findings, and the of limitations of each study.

“We then began compiling the information,” says Kesler. “In our scenario, there was a lot of disagreement in the conclusions of the articles. We really couldn’t say that one treatment is better than another. This isn’t discouraging; it simply means that there is a tremendous need for more research to be done on this topic.”

Knowing is half the battle; the summary arms practitioners with the knowledge that this particular clinical question has no clear answer currently. “Combining the literature into one place makes it more widely available and accessible for practitioners,” explains Kesler.

The knowledge summary was written based on work completed in a DVM course that was designed to provide direct value to real dairy practitioners. “In this assignment, students develop a knowledge summary based on a clinical query relevant to food animal production medicine,” says Dr. Ángel Abuelo, assistant professor in Cattle Health and Wellbeing, the instructor of the course. “I work with Michigan dairy practitioners to develop the clinical queries that students answer so that they are, one, relevant to practice and two, provide useful information to the practitioners themselves.” 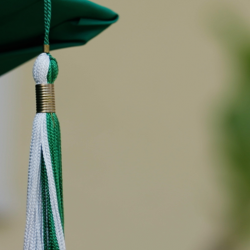 In enthusiastic celebration of the classes of 2022, we look at the top soft skills of today’s Michigan State University College of Veterinary Medicine graduates. 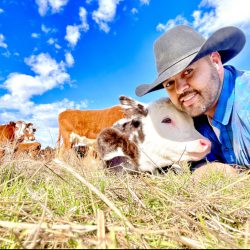 The Multicultural Scholars Program sponsors five veterinary students who come from populations that are underrepresented in the veterinary medical field, and aims to create a more diverse workforce in food animal medicine. 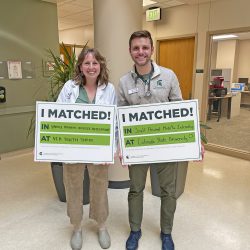 Congratulations to the veterinary professionals who applied for and matched to the Veterinary Internship and Residency Matching Program!