Before beginning her veterinary journey, Margaret Haenn, doctor of veterinary medicine (DVM) class of 2022, served in the United States Army. In honor of Veteran’s Day, Margaret explains the similarities between veterinarians and veterans (as well as those who currently serve).

Ever since I was a little girl, I wanted to be a soldier just like my Dad. As I grew older, I realized I was especially drawn to serving something much greater than myself. From the second I raised my right hand and took an oath to “support and defend the Constitution of the United States of America,” I believed I would retire after a long career in the profession of arms, but I was wrong.

I spent January 2004 to February 2005 in Baghdad, Iraq, and quickly became disillusioned with what I perceived as a lack of control over my career path and the many adaptations caused by the shift from a peacetime Army to one at war. Although it was one of the most difficult decisions I ever made, I chose to hang up my uniform. I needed to make a clean break from the military, so I chose not to enlist in the National Guard once I left active duty in June 2005. I set a new life goal to become a veterinarian. However, I missed the Army desperately. I missed the familiarity, the camaraderie, the sense of duty and purpose being a soldier gave me, and most of all I missed leading soldiers. But there was no looking back, only moving forward.

I ran into many roadblocks on my path to becoming a DVM (and still do!), but if the Army taught me anything, it taught me to improvise, adapt, and overcome. Although the transition from the profession of arms to the veterinary profession was difficult, I discovered many parallels between the two.

I still miss the Army, so upon graduation I plan to pursue a career as a civilian veterinarian working for the military (and so I can earn a federal pension!). I found a home in veterinary medicine and a camaraderie with all of you who have also chosen to devote your lives not only to the health and welfare of animals, but to the public as well, and I am extremely grateful for you all. I will take this opportunity to say thank you for YOUR service and I will tell you what I say to folks who thank me for mine: it was my pleasure. 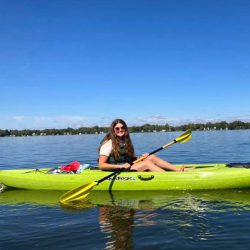 Community Voices: Native American Heritage Month November 12, 2021 We spoke to members of the MSU College of Veterinary Medicine community about a key topic: “How can the veterinary community be more inclusive to Native American individuals?” 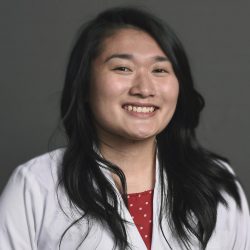 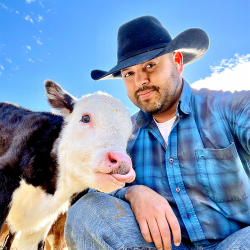 Community Voices: Hispanic Heritage Month October 05, 2021 We recognize the contributions of some of the College’s community members and ask them a question: How can the veterinary community be more inclusive of Latinx individuals?
Categories: CommunityVoices