In December 2014, the USDA confirmed a case of highly pathogenic avian influenza (HPAI) H5 in a wild pintail duck in Washington and a few days later, in a backyard flock in Oregon.

From January to March, the HPAI virus was detected in 16 backyard and commercial flocks along the Pacific, Central, and Mississippi migratory bird paths. Then, in April, the outbreak spread with unprecedented virulence: 90 outbreaks that month affected more than 16 million domestic birds. Another 96 outbreaks in May affected more than 28 million birds. »

The USDA continues to issue regular updates as additional positive cases are confirmed by the National Veterinary Services Laboratory (NVSL).

They reiterate that “the Centers for Disease Control and Prevention considers the risk to people from these HPAI infections to be low and no human cases of these HPAI H5 viruses have been detected in the United States, Canada, or internationally.”

In the first week of June, the outbreak has slowed somewhat with 20 detections reported and just over 2 million birds affected. All in all, more than 200 outbreaks have impacted more than 47 million birds making this the worst outbreak of avian influenza in the history of United States agriculture.

On June 8, the Michigan Department of Natural Resources (DNR) and Agriculture and Rural Development (MDARD) announced that HPAI was found in three wild Canada geese in Macomb County, making Michigan the 21st state to report a case of HPAI since December and the 6th state to detect the virus in wild or free-ranging birds only.

On June 4, the Michigan State University Diagnostic Center for Population and Animal Health (DCPAH) received samples from the three goslings collected by DNR. Tests performed that day reported that the goslings were infected with HPAI H5. Following protocol, the samples were then sent to NVSL in Ames, Iowa for confirmation. DCPAH received positive confirmation of highly pathogenic avian influenza, subtype H5N2 on June 6 and notified state agencies that same day.

DCPAH is a member of the USDA’s National Animal Health Laboratory Network (NAHLN).

NAHLN was created as a part of the emergency preparedness and response system in the United States and its laboratories are subject to a rigorous review and approval process.

Throughout the network, NAHLN laboratories “ensure that diagnostic facilities, equipment, and personnel are readily available no matter where in the country an animal disease strikes.” In a disease event such as the current HPAI outbreak, NAHLN laboratories play a critical role and the Diagnostic Center is no exception.

DCPAH has nine laboratory staff members who have been tested by NAHLN for proficiency in the investigative procedure used to screen for the avian influenza virus, the avian influenza real-time reverse transcriptase/polymerase chain reaction (RT-PCR) test. This involves meeting specific criteria including passing a test where the tester does not know the status of a sample. Passing the proficiency test is a requirement to perform the assay.

The Diagnostic Center has also arranged for additional staff to take the proficiency test. While those five staff members are currently awaiting proficiency test results, this will nearly double DCPAH’s number of available staff that can perform the testing in the event of an outbreak. RT-PCR testing requires a lab with biosafety levels 2 to 3 to handle the extraction of nucleic acid, and a biosafety level 3 necropsy facilities for post-mortem examinations if needed.

DCPAH participated in national surveillance for HPAI from 2006-2010 and was one of five laboratories invited by USDA Wildlife Services to participate in heightened surveillance of wild birds at the outset of the current outbreak last December. By the middle of March, DCPAH had tested approximately 1,000 samples from as many as 11 states east of the Mississippi. With the confirmed finding in wild birds in Michigan, DCPAH will be working hand-in-hand with the DNR to test additional waterfowl.

For Maes, being a member of NAHLN is important for three reasons: “Standardization, verification, and communication. The proficiency testing is verification that the labs that are participating are not only using the same protocol, but are proficient in using that protocol so it is ongoing verification not just standardization.”

Wise says, “We are the screening lab. If we have a presumptive positive result, we have 24 hours to get it sent to NVSL for confirmatory testing. Upon completion of their follow-up testing, they fax and email us the result. NVSL then informs all the officials and stakeholders.”

Avian pathologist Dr. Mick Fulton is another key member of the Diagnostic Center’s HPAI team. In addition to his pathology duty at the laboratory, Fulton makes farm calls, works closely with state and federal agencies, and helps to educate both industry and backyard poultry enthusiasts about preventing disease.

Fulton advises backyard poultry owners that while there is no increased risk for avian influenza by adding new birds to a flock, they should always practice good biosecurity. Because the virus is shed in the feces of wild waterfowl, it is most often spread through the passing of manure. This can easily be introduced into a domestic flock that is out-of-doors, but can also be brought in on shoes and clothing.

There are several things poultry owners can do to help keep their flocks safe. “The people at greatest risk are those who live near ponds, creeks, or other waterways, especially if there are large migrations of waterfowl. The best thing they can do is to keep their birds indoors.

“Also, don’t mix birds that have traveled. Establish a quarantine pen for new birds or birds you’re bringing home from an event.

“It’s best if you change your clothes and shoes before you go out into the barn/coop/yard. I encourage people to have separate clothes and shoes that aren’t worn anywhere else. And of course, always wash your hands after handling the birds,” says Fulton.

Even as cases wane as spring migration comes to an end, there is always the possibility for new cases to occur in other states, in other migratory paths and birds will migrate again in the fall.

If, or when, HPAI occurs in domestic poultry in Michigan, DCPAH would be able to recognize it and respond very quickly. In addition to the NAHLN and USDA, the Diagnostic Center works closely with the Michigan Department of Agriculture and Rural Development.

Everyone can play a role in protecting domestic birds from HPAI.

The United States Department of Agriculture requests that sick birds or unusual bird deaths be reported to State/Federal officials, either through the state veterinarian (in Michigan, 800-292-3939 and 517-373-0440 for after-hours emergencies) or through USDA’s toll-free number at 1-866-536-7593.

An alarm was sounded in the early 2000s that a significant shortage of well-trained, boarded veterniary pathologists was on the horizon. Reports issued by organizations including the National Academy of Sciences, National Institutes of Health, American College of Veterinary Pathologists, and Society of Toxicologic Pathology revealed that universities were not producing enough pathologists, and those that were trained were not developing particular skills required by industry.

A greater understanding of how stress adversely impacts our GI systems will have a number of clinically relevant applications for human and animal health and will be important to the therapeutic management of major debilitating GI diseases such as irritable bowel syndrome, enteric infections, and food allergies. 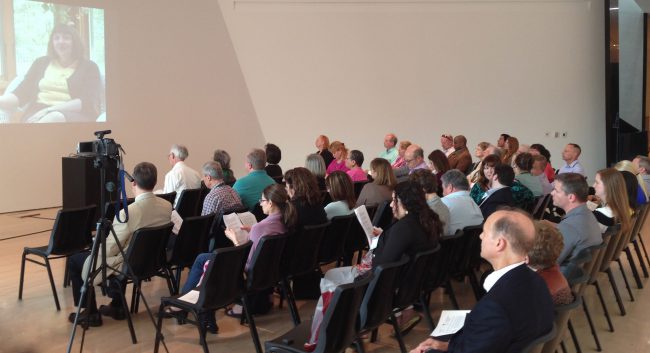 There are no students mingling or pouring over books in the basement of the MSU Food Safety and Toxicology building, which is where the Online Master of Science in Food Safety Program is housed. Students of the program, many of them leaders in their fields, have developed their knowledge and expertise from desks in 23 countries and 42 US states.

The MSU College of Veterinary Medicine's Diagnostic Center for Population and Animal Health is a member of the USDA’s National Animal Health Laboratory Network, which was created as a part of the US emergency preparedness and response system. In a disease event such as the current Avian Influenze outbreak, these laboratories —including DCPAH—play a critical role. 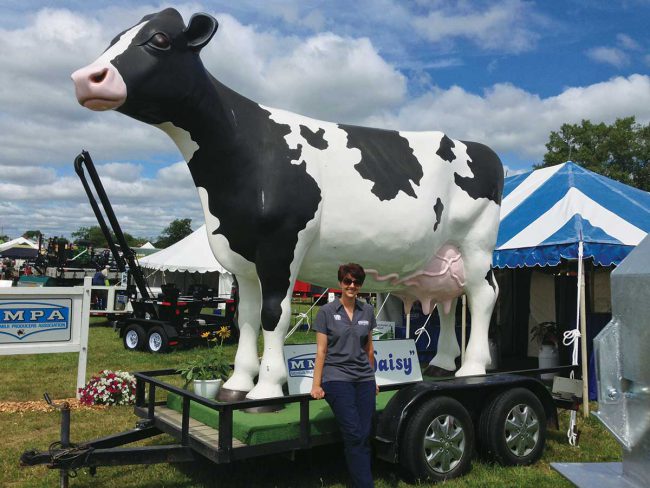 To help meet the need for well-trained professionals that work to keep our food safe, the MSU College of Veterinary Medicine established the Summer Food Systems Fellowship Program in 2006. The program is national in scope and includes public policy and animal health. It also includes public health, agribusiness, pharmaceutical medicine, and regulatory veterinary medicine. 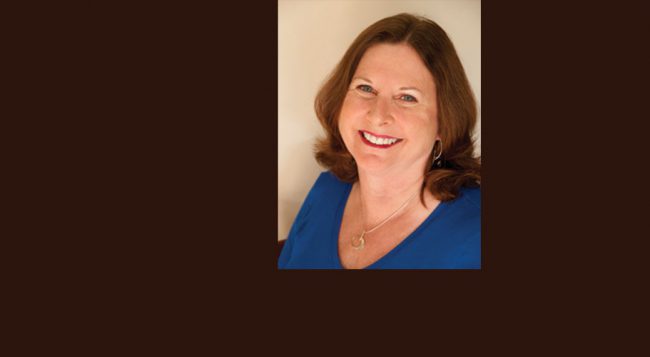 Michigan State University has a long history of leadership with the SOT, and that leadership continues with the recent election of Dr.Patricia Ganey as vice president-elect of the society. The society's approximately 7,500 members represent the broad spectrum of sciences that toxicology 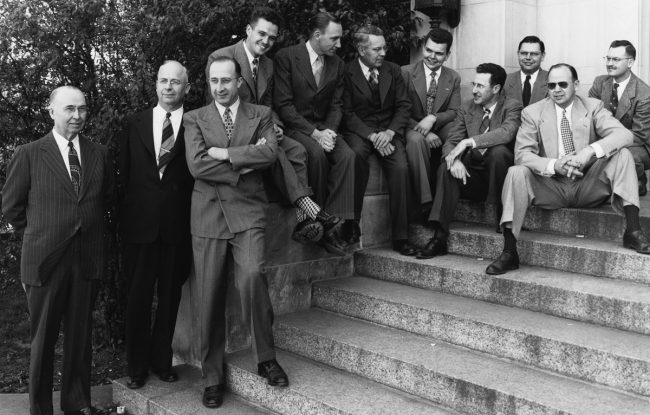 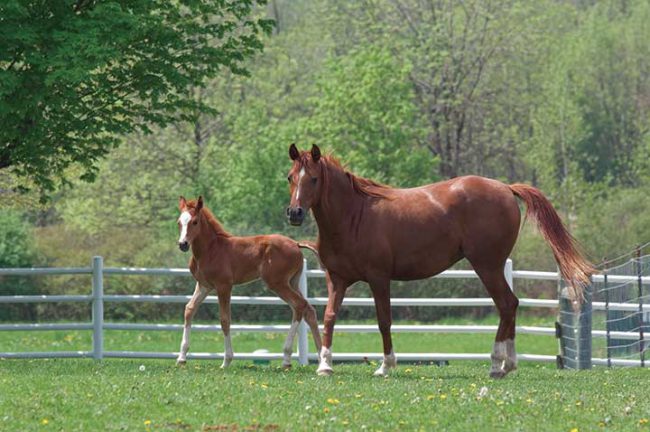 You don’t have to be a scientist to change the world. Your gifts let us do that for you.