Dr. John Weigelt, recipient of the 2017 CVM Distinguished Veterinary Alumnus—Non-Practitioner award, shares his experiences as a veterinarian and a human physician.

First, the most obvious question: why did you earn your DVM?

I had some great experiences working on a ranch with cattle and horses. The second reason was that at the time, I was thinking of my future, and I did not think I fit as a medical doctor. I had made rounds with our family doctor, and was not sure that was for me. So, vet medicine seemed a logical choice.

What, then, made you decide earn your MD?

Dr. George Eyster had a lot to do with it, and his “Heart Team,” which I was a part of while at MSU during vet school. He instilled in me a desire to do more, and possibly use both degrees as a researcher. The other people who were supportive and very happy were my parents.

Has your DVM informed your knowledge, skills, and/or approach to human medicine? Well, it helped me in the early years of medical school. It allowed me to be an instructor for some of the first-year classes based on my vet school performance. I also was able to work through medical school as a veterinarian, which helped fiscally. It also allowed me to meet some local veterinarians.

The skills I brought from vet school to med school were helpful in many ways. Much was transferable to patient management. I had some knowledge of pharmacology that was helpful. Surgical experience was great, and I found myself ahead of many of my peers on surgical services.

Are there important ties between veterinary medicine and human medicine of which the general public isn’t aware?

Well, the obvious answer is zoonoses (diseases transmittable from animals to humans and vice versa), which some people are aware of, but most are not. Other similarities are more abstract, especially for the human medicine side. Our involvement with food production is one such area. There also are diseases that appear in both animals and humans. Nutritional deficiencies are better known by veterinarians than most MDs. Peptic ulcer disease occurs in both, as well as ischemic GI ulcers. Wound therapies, especially topicals, are used on animals and humans.

The palliative care movement is interesting, and certainly veterinarians had more choices for end-of-life care. I remember having conversations with families about the quality of a pet’s life, lack of suffering, what is best for their pet as the pet neared the end of life or had an acute or fatal injury or illness. I now have those same conversations with families and friends about their loved ones who are facing end-of-life care. Different, but very similar. I often hear “do everything you can, doc,” in both situations when it is not the right thing to do.

Would you encourage future veterinarians and human physicians to consider earning both a DVM and an MD?

I’m not really sure. There are not many of us. At one count, I found 18, and many were from MSU. It requires a lot of time in school. My history is that we had the accelerated curriculum at MSU that allowed us to finish with a bachelor’s degree and a DVM in five years. So, I was not much older than my medical school classmates. I think that combination helped me, but I’m not sure it is for everyone.

Can you explain the role surgeons play in protecting US presidents?

In the United States, there is a program called the Capital Program that is organized through the American College of Surgeons. When a president visits a city, there is usually a local surgeon contact known to the White House Medical Staff. That person is contacted and meets with the security detail before the visit, should anything happen. The hospital where the president would be taken is toured, and plans for any needed medical care is arranged. The chosen hospital and staff are on alert while the president is on the ground. They would be expected to provide necessary care if anything happened.

What was your experience like serving President George H.W. Bush in Colombia?

It was a great experience. As a civilian working with the military, I was impressed with the organizational approach to the whole trip. While I brought some expertise in the form of medical knowledge and experience, the military support detail was fabulous and very professional.

Most of the security detail were young soldiers who were very dedicated to their role of protecting the President. I had worked with military personnel before, but it took a while for the military surgeons who were assigned to the ship to accept us. Once we all realized we were there with the same purpose, we worked on developing our skill sets into an efficient team.

Do you have any fun stories from that trip?

We brought surgical equipment. The detail we flew with to Columbia was the security detail. They carried large duffel bags, like we did. Ours had surgical instruments, while theirs carried weapons. Our duffel bags were x-rayed before being allowed on the plane. Theirs were not.

When we arrived at Andrews Air Force Base for transport to Columbia, we saw Air Force One and assumed that was our ride. It was not our ride. We flew with the security detail with less than first-class accommodations.

You’ve been recognized many times for your ability as an educator. For students currently enrolled in or considering medical education—veterinary or human—can you offer them advice on how to make the most of their education?

I was lucky. I had great teachers at MSU and great teachers in my training program as a medical student and a resident. These teachers instilled in me a desire to learn and seek the truth whenever possible. They also were people with a great deal of common sense. Sometimes, an educator can get lost in the facts and forget simple common sense, especially in medicine. I think one of the best lessons I learned was that common sense needs to be used to balance the “facts.” Another lesson I learned is that the quest for knowledge is never ending. Just when you think you know it all, something new arrives, and you must have an open mind to let new ideas in and supplant old ones.

What advice can you offer to medical educators, especially as technology continues to change rapidly both inside the classroom and the clinic?

Keep your minds open. Stay tuned to your environment. Keep thinking you can do things better, even when the new technology challenges the way you have done it before. Never stop learning and trying to keep your students engaged in the same process. 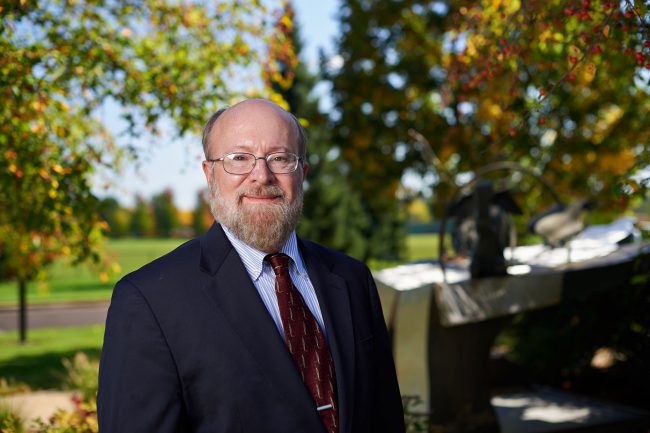 Read More
On the Path to One Health Research